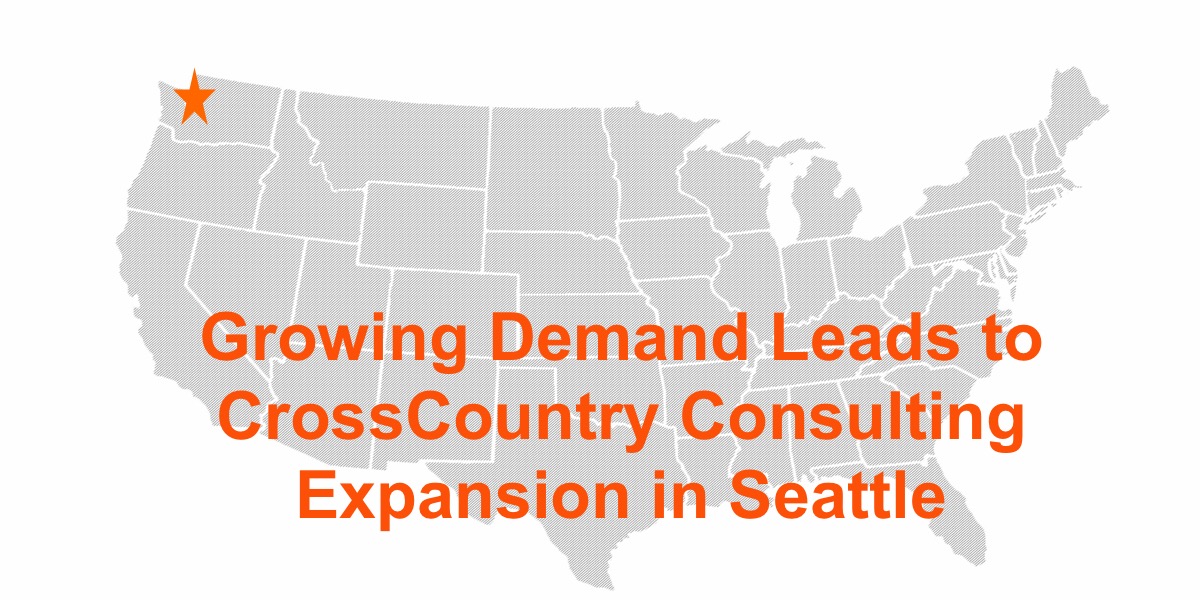 CrossCountry Consulting today announced that it has expanded its presence on the West Coast with a new office in Seattle, Washington. In response to greater demand from current and future clients, combined with the continuous success and rapid growth of its existing offices in Washington, D.C., New York, Boston and San Francisco, CrossCountry now has a dedicated Seattle-based office and team.

Since opening its doors in 2011, CrossCountry has seen remarkable and sustainable growth. With an expansion of geographic markets, service offerings and cloud-based technology partnerships over the last few years, CrossCountry has been named to a number of prestigious rankings of fastest growing firms in the nation including the Inc. 5000 annual list for four consecutive years, Consulting Magazine’s top 50 “Fastest Growing Firms” in the United States, and one of the 50 fastest growing companies in the greater Washington, D.C. region by the Washington Business Journal for two years.