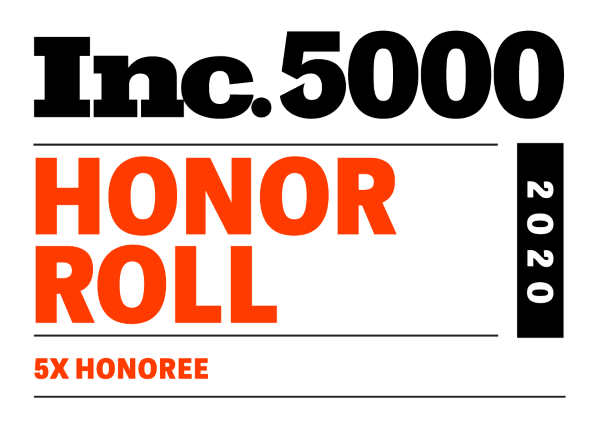 MCLEAN, VA, August 13, 2020 — CrossCountry Consulting, a leading business advisory firm, today announced that it has been featured for the fifth consecutive year on Inc. Magazine’s 39th annual Inc. 5000 list, an exclusive ranking of the nation’s fastest growing private companies, with 92 percent three-year growth. According to Inc., this is an honor only achieved by less than 5 percent of companies nationwide.

Inc. 5000 represents a list of the nation’s most successful private companies and has become the hallmark of entrepreneurial success. Companies are ranked according to percentage of revenue growth over a three-year period, comparing 2016 to 2019. They must also be an independent, for-profit, privately held company based in the U.S. in order to qualify.

“We are thrilled to be recognized on the Inc. 5000 list for five consecutive years, an honor that exemplifies our company’s continued growth and success” said Erik Linn, Co-Founder and Managing Partner of CrossCountry Consulting. “Our year-over-year recognition is a testament to our team’s continued commitment and dedication to providing a better experience and best-in-class services for our clients.”