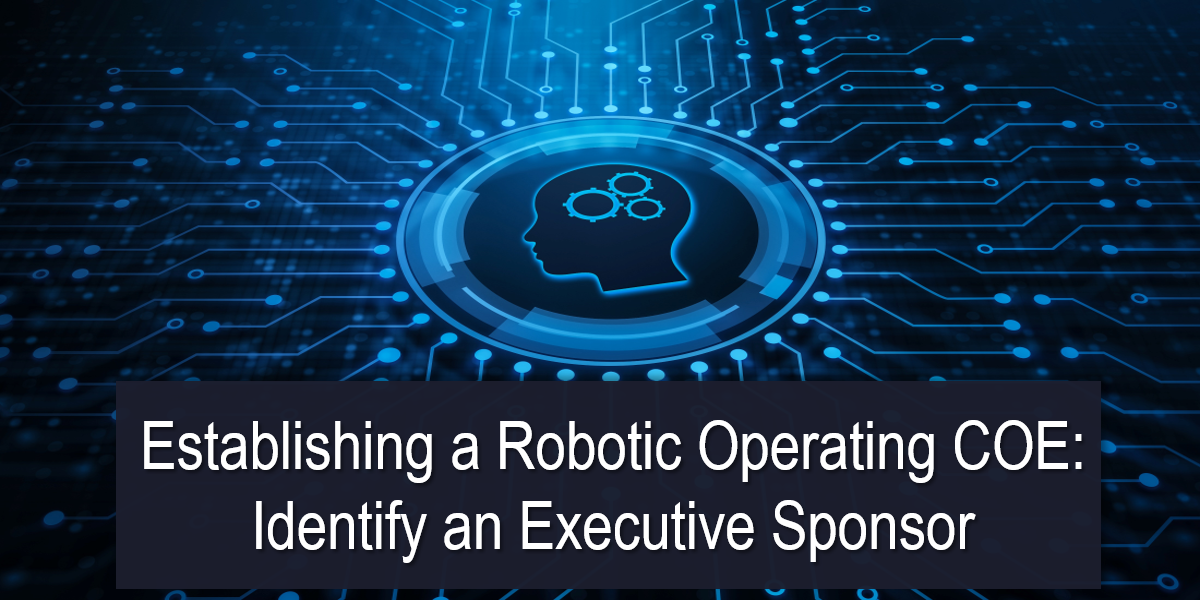 Identifying an executive sponsor to implement a major initiative might seem like an obvious step, but when it comes to RPA, its importance goes beyond the typical project leader role.

The potential RPA can have in driving efficiencies, improving operations, and increasing compliance is easy to see. Many executives start with a vision to reduce headcount, but this has proven to be short sighted and elusive. In practice, RPA can automate tasks, but not entire jobs. Labor is partially freed up to focus on more value-add activities, but it takes an executive with vision and determination to reorganize work, positions, departments, and budgets to consolidate the smaller efficiencies into larger buckets of concentrated savings.

The importance of an executive sponsor goes beyond the obvious role of project funder, direction setter, and cheerleader. RPA directly impacts the day-to-day work employees do in a way not seen before, leading staff to ask, “Will the bot take my job?” The personal nature of the impact to employees’ daily work lives is precisely why the role of a sponsor in an RPA project is different from a traditional technology effort. While the executives can say yes to a bot, the process owners, department managers, and staff performing the work can say no.

The process owners and staff have tremendous influence with their management to identify and decide which processes should be automated. Because RPA is process-centric, the employees whose processes are impacted need to believe the bot will make their work lives better, and free them up to focus on more value-added tasks; if they do not believe the bots can perform as well as they do, they may argue a process is not a good candidate for RPA.

It is also common to hear from department heads that before automation, process owners tell them their manual procedures take a long time and require quite a lot of effort. But when it comes time to give up resources after automation, those same process owners feel the tasks actually do not take that much time. This may cause leadership to feel they are not getting the promised benefits and that perhaps automation is not living up to the hype.

What does an executive sponsor provide?

This is where the role of an RPA sponsor is different from a typical project and why it’s so important to the outcome of the program. They should provide:


Provide the necessary support within the organization to establish the program, gain cooperation of peers, and clear obstacles.


One of the most challenging things to do is to gain real sustainable change within an organization. Just like individuals, organizations develop habits and views that reinforce the culture of the enterprise. This can be a very powerful tool to create consistent delivery results and set acceptable standard for operations. However, when forced to adapt to an emerging technology or other threat, it is this very reinforcing function that can work against a leader striving to alter the direction of the organization. This is where a leader can play a pivotal role in driving change:

Change is difficult for most people and, generally, they will not pursue it until their situation becomes less certain than an unknown future. Change management is a critical element to help employees move through this process and arrive on the other side more optimistic and energized to tackle the new challenge.


Evangelism is more than cheerleading. It plants the seed for RPA to take root, cultivates the environment so it can grow, and creates a vision of the future organization and work of employees. The job of the chief RPA evangelist is not to just bring the CEO along for the ride. They must also win the hearts and minds of the people most affected by this new technology. The challenge is to show staff what the future could be and how they will be a part of it. By doing this, the evangelist helps employees to not only see the potential of RPA, but gets them to start thinking about automation as a first solution, not as simply a workaround to remove tedious work.

Without the automation first mindset, it becomes difficult to identify good use cases and impossible to unlock the full potential of RPA, which is to transform how work is structured at a staff, department, and company level. Truly transformative RPA programs use bots to deliver front office, customer-facing services in the way customers want, not simply how the company is able to deliver it within their legacy capabilities.


The sponsor is in a unique position to influence the attitudes of leadership and peers throughout the organization. This is a critical role that has a huge impact on the ability of the staff-selecting processes, building the bots, running them, and managing the program. When a program is influenced by unrealistic expectations, many unintended consequences can occur. Rushing work results in poor bot execution rates or choosing less desirable use cases just to show progress. Setting expectations that align with the strategic goals, and exercising discipline in keeping focus on the activities that support those broader more transformative goals, will yield better outcomes.

Who should be the executive sponsor?

These characteristics should be weighed when selecting a sponsor to serve as the program champion:

The sponsor ideally is someone with credibility and influence within the organization. Influence should be both in the form of their level within the organization as well as their reputation. Choosing a leader who simply has authority but not influence will let you get started, but as the obstacles and challenges mount, they will not be armed with the necessary influence to help clear them. Most often we see sponsors aligned with the CFO and CIO. The CFO-led projects are the result of finance departments typically being an early adopter of RPA, so they were first to drive the initial RPA projects. We have also seen sponsors aligned with the CIO because RPA requires support and partnership from IT, which feels like a natural fit in many organizations.

There have also been cases where the CIO views RPA as just another form of shadow IT or as a threat to their function within the company. So some CIOs either volunteer to own the program, or lobby to own it.

We see this fall short when these executives are absent champions, outsourcing the evangelism to the program leader who is at a lower level within the organization. In these cases, they lack the authority and/ or influence to clear obstacles and negotiate for change. Where we see mature organizations heading in the future is to align RPA programs directly under the most senior leaders within the company - such as the CEO, division president and COO - with those leaders serving as the chief evangelist and recruiting lieutenants across the organization to amplify their message.

The sponsor should have a vision for the future organization. This involves forward thinking about how new technologies can position the company to thrive in the face of disruption. An important part of being forward looking is recognizing that it takes time, dedication, and discipline to see things through and not pull the plug prematurely. When embarking on a new RPA initiative, it helps to imagine how some of the very foundational capabilities of the company could be transformed and not just think about headcount savings. Leaders then should relentlessly share that vision broadly and deeply throughout the organization.

Open-minded individuals are curious and willing to consider other points of view. They are willing to question the status quo not because they think it doesn’t have value, but rather, they recognize they may not always have the right answer and aren’t afraid to ask why. Closed mindsets are backward focused and come from a place of experiences and memories of when one took a risk and it didn’t pan out, saying things such as, “That’s not how we do things here.” An open mindset is future looking, imagines what could be, and possesses a deep well of optimism, saying, “What are you trying to accomplish?” Having a future-looking perspective and imagination are necessary in order to foster creativity and challenge the status quo.

Choosing the right sponsor who has the vision, belief, and energy to recruit RPA fans at all levels of the organization is the starting ingredient for success. You must then have the discipline to remain focused on the activities that propel the program toward long-term achievement. And finally, the last ingredient is to possess the right mix of influence so that the messenger i s believable and authentic to leadership and, most importantly, the staff whose day-to-day work is impacted by automation.

Interested in learning more about establishing a Robotic Operating Center of Excellence?

Download our guidebook for an insight on why a COE matters, the steps and key considerations necessary to establishing a world-class program, and how to maximize your business value. 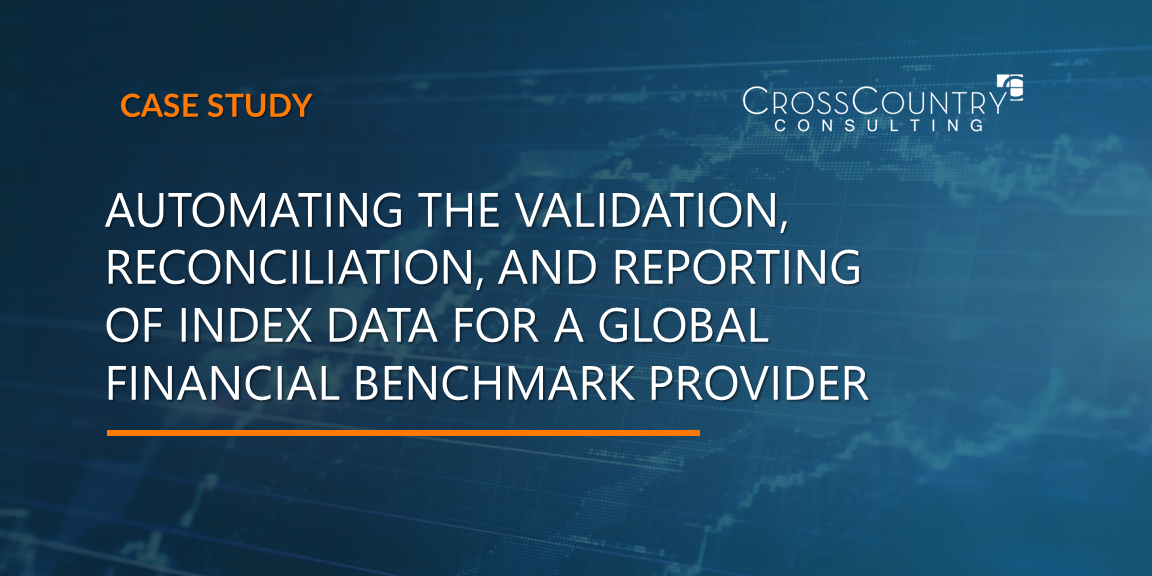 Automating the Validation, Reconciliation, and Reporting of Index Data for a Global Financial Benchmark Provider 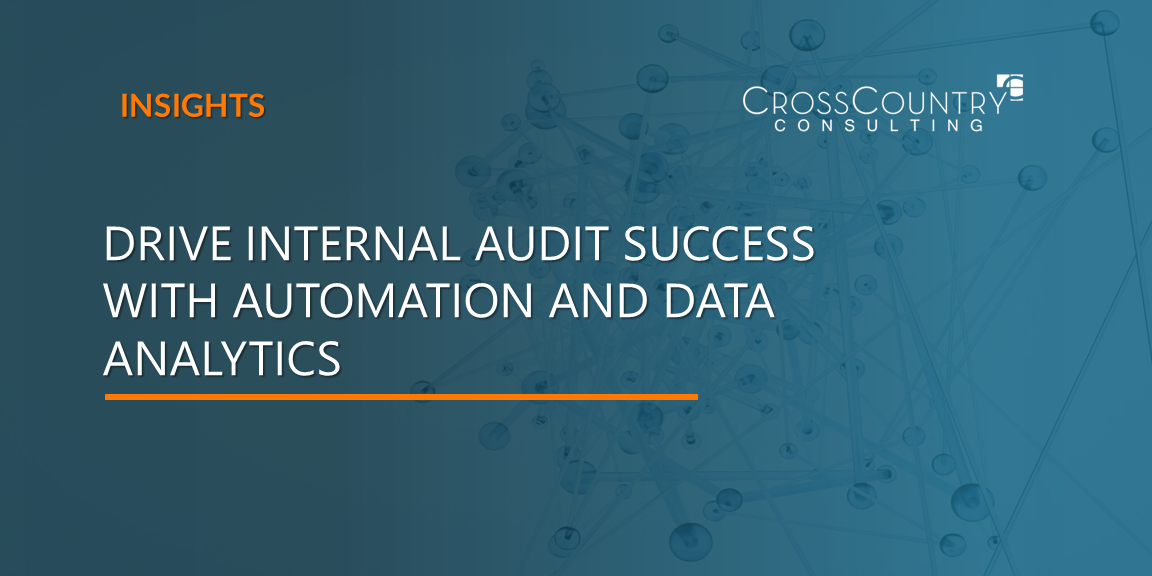 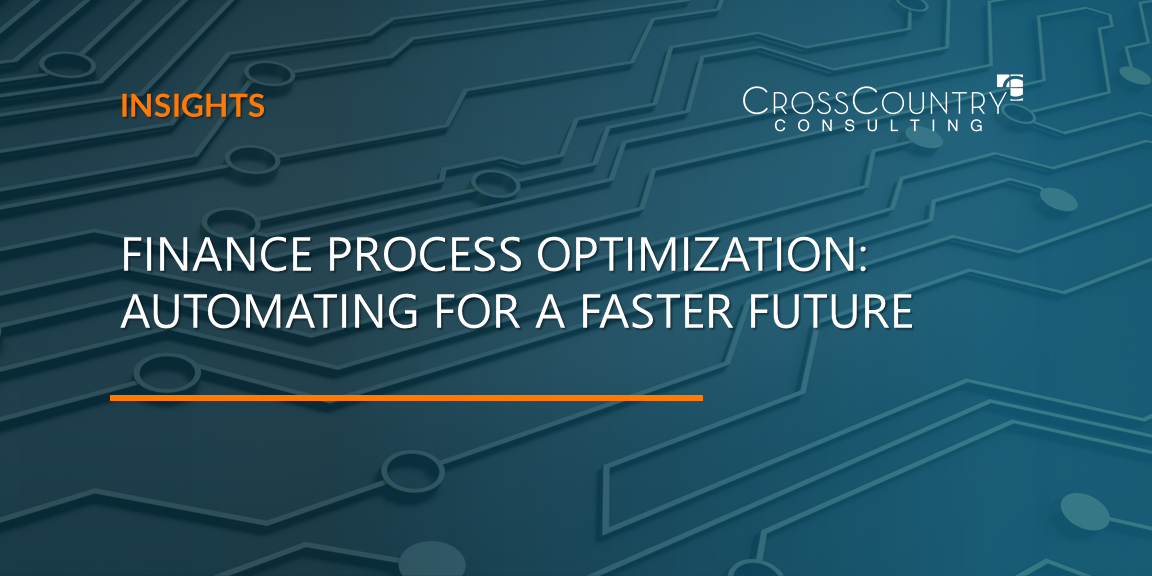