CSP: A Joint Venture Between the Government-Sponsored Enterprises

Post-conservatorship of the Government-Sponsored Enterprises (GSEs), Fannie Mae and Freddie Mac, their regulator, Federal Housing Finance Agency (FHFA), laid out a ‘Strategic Plan for Enterprise Conservatorships’ (The Plan) in February 2012. The strategic goals under the Plan with their respective weightings are shown below.

A major initiative underway in support of the strategic goals is known as the ‘Common Securitization Platform’ (CSP). The CSP directly impacts the second strategic goal, ‘Build a new infrastructure for the secondary mortgage market,’ and indirectly assists with the other two goals. This single infrastructure for the two GSEs will eliminate the need for them to duplicate investments in the maintenance of two separate securitization platforms and investment guides while decreasing the cost to taxpayers.

The CSP will process loans into pools, standardize all the functions related to securitization, and be suitable to not just GSE transactions but also to Private Label Securities (PLS). As a single platform for both GSEs, it will facilitate the contraction of the GSEs, and in accommodating non-GSE deals, it is intended to assist in the expansion of private capital into the residential mortgage finance world.

Until there is Congressional resolution of the conservatorship, the CSP will be co-owned by the GSEs. However, in anticipation of a future, independent existence, the physical location will be outside the offices of the GSEs. It will be headed by an independent CEO and Chairman of the Board of Managers, and will be designed, built and tested under FHFA’s oversight.

The primary objective of the CSP is to reduce credit risk exposure of the GSEs, increase participation of private capital in the mortgage market and provide benefit to a broader group of stakeholders, such as investors, lenders, borrowers and ultimately, the taxpayers. Accordingly, the CSP is an important step towards accomplishment of FHFA’s four strategic goals as described in ‘FHFA Strategic Plan Fiscal Years 2013 – 2017’:

The CSP will provide services at the time of security issuance, and later with servicing of loans, distribution of principal and interest to the investors, and reconciliation and disclosure of balances and loan performance data.

The CSP is a large-scale, multi-year project and its requirements are continuing to get ‘refined’ and adjusted as FHFA seeks input from stakeholders and industry players. Although the completion of the CSP and its integration with the existing in-house systems is a Joint Venture between the GSEs, it will be managed by people external to Fannie Mae and Freddie Mac with input and guidance from FHFA. The office for this Joint Venture is being set up in Bethesda, Maryland and has been registered by the FHFA as a limited liability company called Common Securitization Solutions, LLC (CSS).

The CSP will be a cloud based application and provide access to multiple lenders simultaneously. The lenders will have to be registered with the CSP to access its functionalities, such as services both at the time of issuance and post-issuance to support principal and interest payments to investors. It is intended to be a highly automated system that will minimize the need for manual processing, ensure transparency of data flows, have standard interfaces for ease of data transfer to and from issuers, be easy to configure or modify, and have the capacity to meet future growth demands. It will be able to handle different shared risk arrangements between the lender and the GSEs and will track all activity over the life of a loan. It will include the data but will not provide collateral management or custodial functions, at least in the initial phase. Servicers and GSEs will have initial access to the CSP, and over time, the scope will be expanded to include additional participants.

The following are intended to be the Core Functions of the CSP:

FHFA plans to align the GSEs in the areas of Borrower Refinance Guidelines, Repurchase and Substitution of Loans from a Pool, Representations and Warranties, Pooling Practices, Security Documents and Servicer Performance Monitoring. With continued emphasis by FHFA on reduction of credit exposure at the GSEs, the CSP will incorporate features for various senior/subordinate structures and risk sharing agreements with lenders so there is ‘skin in the game’, irrespective of whether or not the government continues to play a role in the mortgage market. It is being built to support a variety of mortgage products with varying levels of credit standards and accommodate with ease the implementation of key policies now or in the future. FHFA is also working with the GSEs on a Model Pooling and Servicing Agreement (PSA) that will go hand in hand with the CSP. The PSA will be a platform for best practices and standards for participation of private capital.

Impact to the Securitization Market and the GSEs

While the CSP should provide services related to securities’ issuance and servicing, it is less clear whether credit models, pricing and customer relationships will be managed within the CSP. The features of the CSP, ongoing input from stakeholders, and guidance from FHFA are all meant to create confidence among private investors. With a large pool of private capital participation, the government should not have to take as much credit risk as it has taken in the past. The government reinsurance guarantee will still be in place, but credit risk enhancements, credit risk sharing arrangements, and senior/subordinate structures will ensure that private capital absorbs most of the losses prior to the government. Additionally, the new Regulatory Requirements, Representation and Warranty Frameworks, Due Diligence, Disclosures and Transparency of Data will also mitigate risk.

There are some initial reservations around using the CSP. The CSP needs the securities ‘to be announced’ (TBA) eligible, so present tax and legal treatments of Mortgage Backed Securities (MBS) issues will need to be addressed prior to using the CSP. Also, some institutional investors have expressed concern over the ‘potential market disruptions caused by the near term phase out of existing securities.'

The CSP is being built with the goal of providing a securitization tool to the housing finance market and is a very important part of the Plan that includes shrinking the GSEs. While there may be uncertainty about the future of the GSEs, the maintenance of a single platform should reduce cost to the taxpayers, and its access to small and large lenders may facilitate competition which will be beneficial to stakeholders.

Since the downturn of the housing market and the conservatorship of the GSEs, the government is attempting to reduce its credit risk exposure, minimize the cost to the taxpayers and move away from the ‘too big to fail’ theory. The CSP represents a significant effort towards meeting this goal. However, until the government decides the ultimate fate of the GSEs, they face the task of building an ambitious future state platform while navigating their uncertain future. 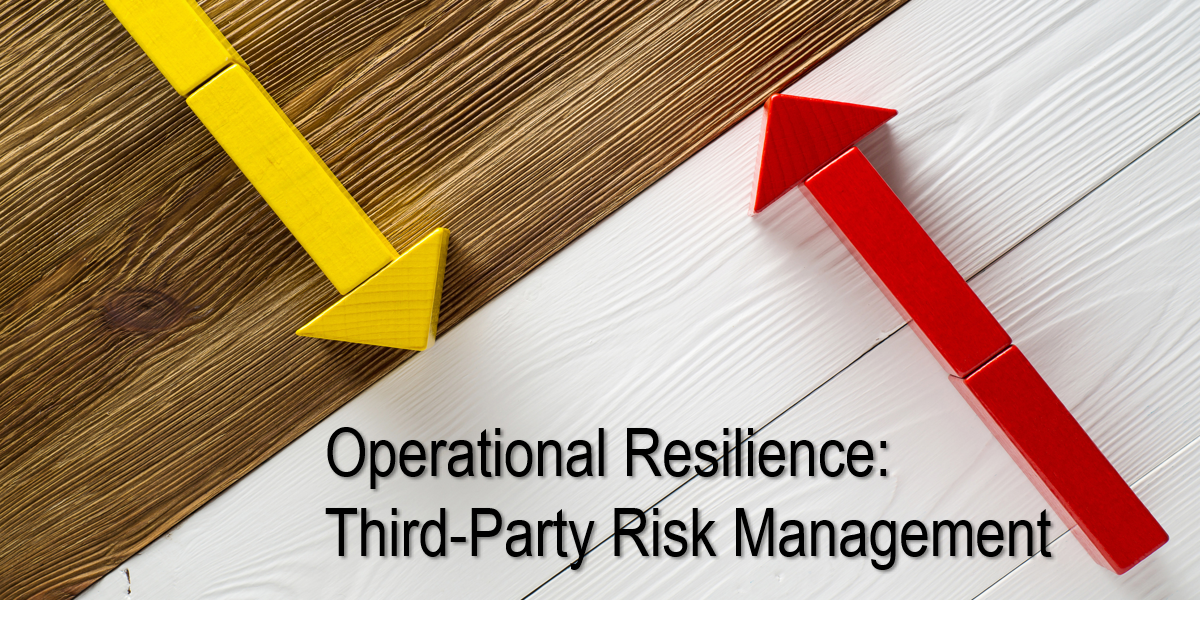 Evaluating Benefits Before, During, and After a Transformation 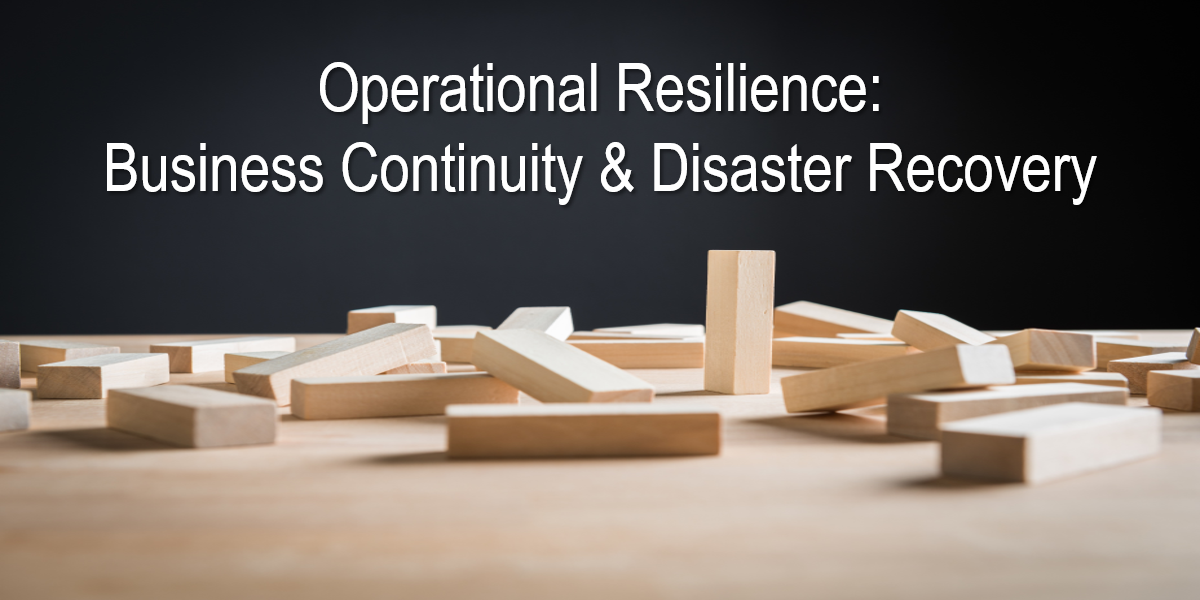