Change Management Pitfalls and How to Overcome Them 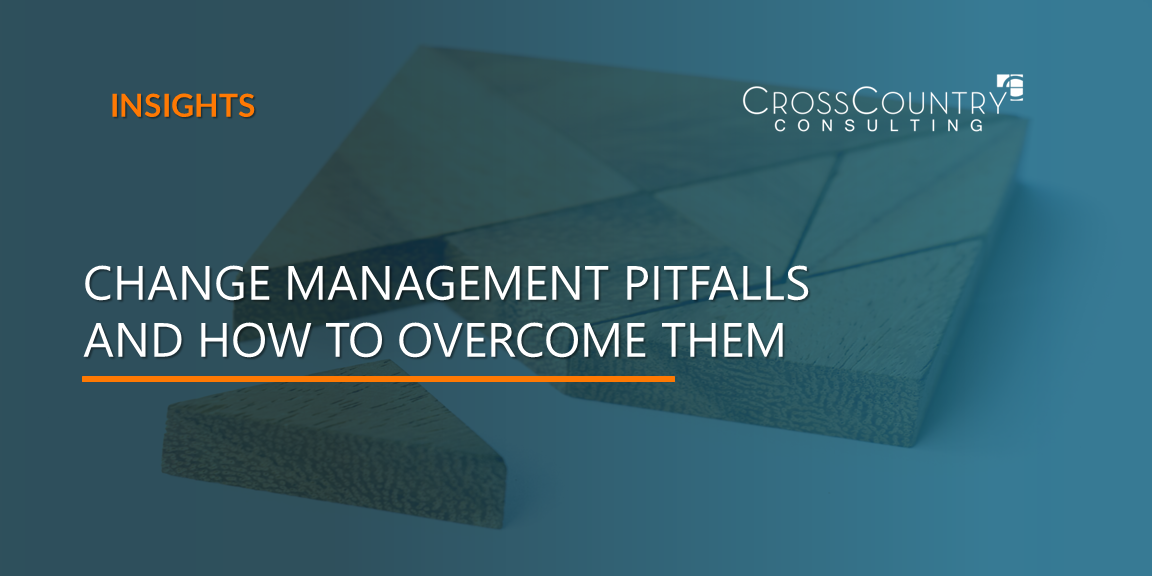 If 70% of change initiatives fail – the commonly accepted industry benchmark – what are the root causes?

Change management must be a cultural bedrock within the organization. When change fails, it makes clear that the organization was never truly invested in seeing the process across the goal line. Corners were cut, obstacles were sidelined, and everyone was left dissatisfied.

So how can organizations avoid the change management pitfalls that plague the vast majority of instances in which change is forthcoming? Where must greater consideration be given?

When embarking on an ambitious change project – or even a relatively minor project – under-communication is the enemy. While top stakeholders involved directly in the change management initiative might be apprised of the goals, progress, and timelines of the project, it can’t be taken for granted that parties outside this group are likely in the dark.

Or, they’ve received general email blasts about upcoming change and have had to fill in the blanks themselves as to what that means and how it affects them. 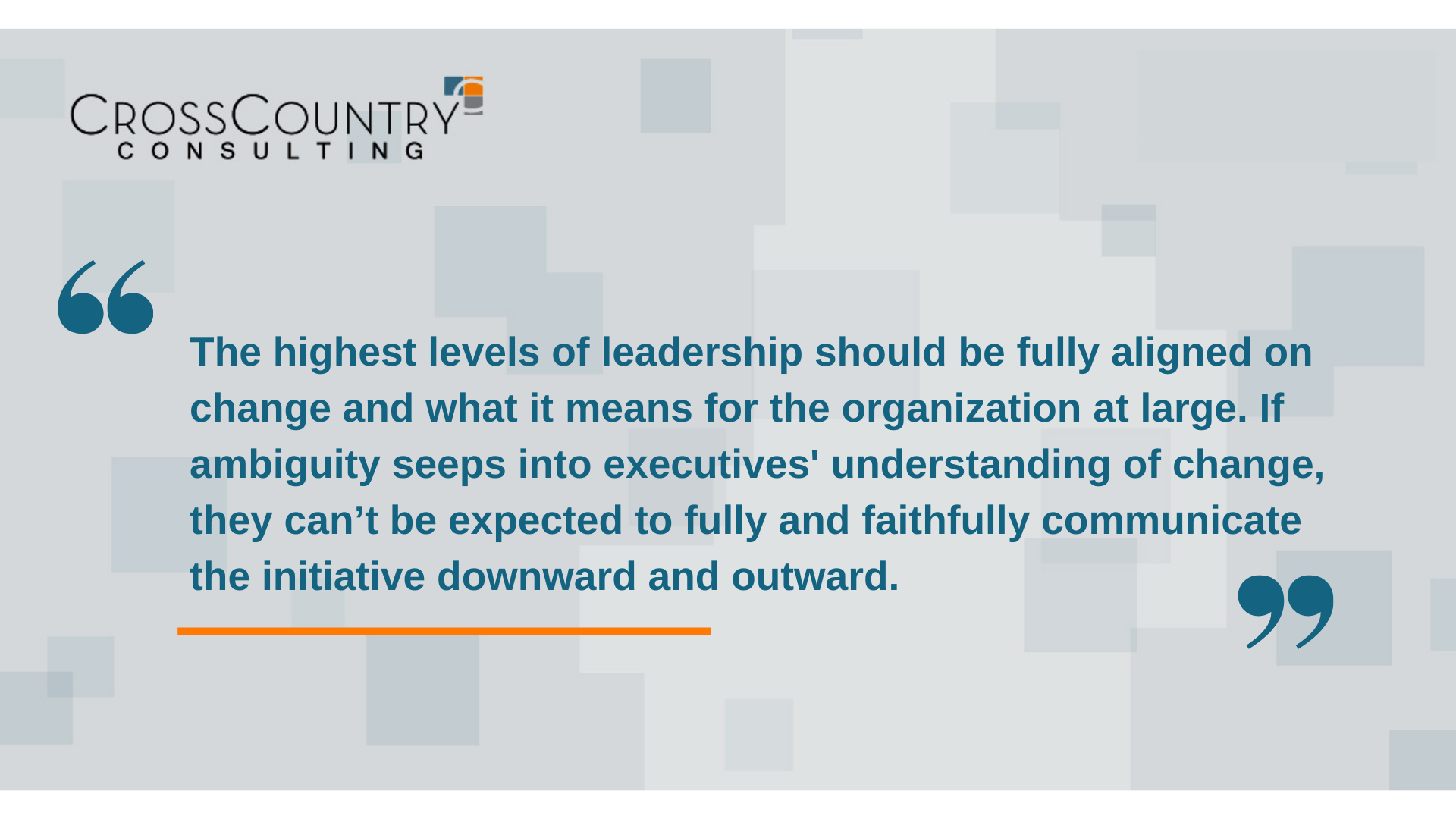 Under-communicating will sabotage the best of intentions. In the absence of fact, rumor can take over.

Similarly, when the velocity of communication is lacking, it’s common that the volume of mediums used is also subpar.

Townhalls. Intranet announcements. Focus groups. Beta testing groups. Feedback sessions. Emails. It’s not one or the other; it’s all of the above. All communication channels available to the organization must be employed to ensure the change management message appropriately reaches all audiences.

Telephone isn’t just a game on the playground. It’s also unintentionally pervasive in the corporate world.

There are several shapes this often takes.

“It always gets cut and it’s always regretted.”

When evaluating a large investment in a software, reorganization, or growth, the devil is in the details. These outcomes must be paired with stellar change management at every juncture.

Change management is not the line item in the scope of work to cut, as once the initiative gets off to a rocky start, it’s difficult to course-correct without having to devote even more dollars, resources, and time. So, change management can be planned for upfront, or it can be retrofitted into the transformation after the fact much more expensively.

It’s not uncommon for a change program like a systems implementation to take five to seven years to put into place due to the absence of an effective change management strategy. At that pace, the system in question may no longer even be best-in-class or useful at all. To go back in and try again would only cause a significant amount of rework and extreme sunk costs. Think $3 million the first time, then $9 million the second time around for a total expenditure of $12 million over nearly a decade.

Inadequate budgeting and planning is the fastest route to a change failure. An implementation partner with expertise in project management, process improvement, and digital transformation efforts will always pay off.

Change is a process, not an event.

As such, there isn’t a defined period of time when leaders can let off the gas during a change implementation. Reinforcement must be continuous if the transformation is to have any hope of achieving its stated outcome.

Managing complex change requires a holistic approach, with a center of excellence, change leader, or process owner orchestrating the effort. Some of the best ways to ensure a successful change management program are:

It’s not enough that senior executives and the project team are aligned on transformation. The entirety of the organization must be as well, even those who will be only tangentially impacted.

Every person in the business should have a baseline understanding of the who, what, where, when, why, how. This is instrumental in the larger company culture. If certain staff are left out of communications, totally unaware of change, or perhaps in total disagreement with the impetus for change, this friction must be addressed quickly.

Misalignment from leadership will derail a change initiative almost immediately. But misalignment among the rest of the staff may only become evident much later (or after) the process. At this point, it’s challenging and expensive to undo the friction that was already created.

Fundamentally, if you leave people out, change fails.

For total support in managing change in your organization, contact CrossCountry Consulting. 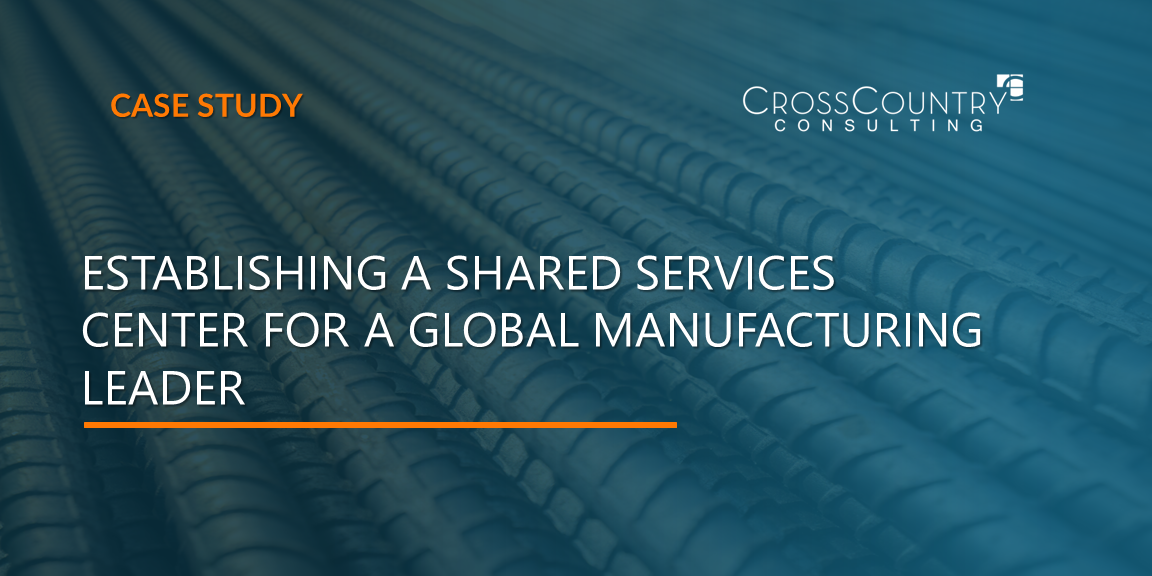 Establishing a Shared Services Center for a Global Manufacturing Leader 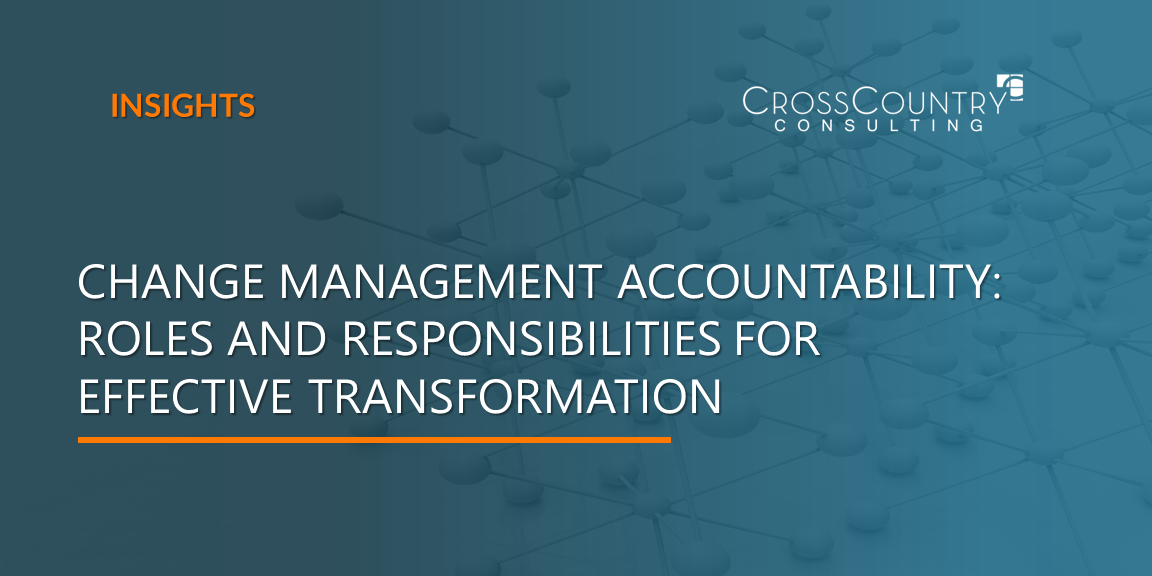